Wednesday September 26th, Francois Hollande the French imperialist president and chief of the Armies, held his first speech at the UN general assembly in New York. He shared his view about the “emergencies” faced by the world and the capitalist global crisis. He spoke about Syria, Mali and Iran. And he suggested waging three wars. Therefore Holland is an imperialist leader like any other. In our country, he manages capitalism with social austerity and outside the country with wars preferably against already unruly countries. As early as August 29th a obsequious editorial from the ultra right wing Wall Street Journal introduced the insipid Hollande as the “leader of the Free world”. According to the newspaper, Hollande gave the Syrian opposition a “most helpful hand” by announcing his wish for a new “representative and inclusive government” and by saying the only solution was a military one. Sarkozy did the same one year ago when he recognized the Libyan NTC (National Transitional Council). This happened just before he transformed, with his American and English accomplices, the “no fly zone” in deadly bombing areas through the UN Security Council 1973 resolution. During three weeks, Libya was thoroughly bombed under the pretext of a support to the “Arab spring” against dictators. But can imperialist wars be popular revolts’ future? Who can believe that the people are fighting for the installation of subjugated regimes?

Today, the Preventive War doctrine, so dear to Georges Bush, lasted long enough. Its true nature was unveiled in the Afghan mess and in the millions of deaths, the partition and the chaos in Iraq. Now the imperialist communication strategy used since Libya is to reclaim human rights, democracy and to undertake the role as a supreme savior of the poor facing a brutal dictator. Can one believe that imperialist France is getting involved (actually by forming a pseudo-rebellion with “logistic” means) in the defense of democracy and the happiness of Syrian people? Does France only get interested in Syria since demonstrations are suppressed? Who would remind us that France is the ancient colonial power that placed Syria under its mandate in 1920 and fragmented it and cut it away from the Alexandrette district before being overwhelmed by an anti-colonial uprising? Who does explain that France has always been looking for keeping its interests at any cost as in neighboring Lebanon where its armed forces are present since the eighties? If French imperialism interests in democracy in the Middle East were so strong, then why protecting the barbarian regimes in Saudi Arabia, Kuwait, Yemen, Jordan, the Emirates and Israel, founded on the Palestine colonization and the use of white phosphorus in Gaza in 2009? How to explain that those who want to lecture the people about democracy refuse the idea that the Syrian people are the ones to decide of their future and not the imperialist centers and their so-called “humanists”?

“How can the foundations of a state be laid with the help of those who colonized it in the first place?” (Adonis)

In reality, the imperialist attack in Syria is supervised by a NATO coalition (EU, USA and Turkey) and the Persian Gulf petro-monarchies. It aims at gaining control of the Arab world, not at empowering the people. It also aims at destroying part of the Arab Nation and it leads to war against Iran by chasing a so called “pro-terrorist” regime because it supported Hezbollah in 2000 and 2006 as well as movements that use armed struggle for the liberation of occupied Palestine. As time passed, it came to our knowledge that the “rebels” were no better than the Syrian regime troops and that they don’t spring from the popular movement initiated in 2011 in Syria poor regions.

Contrary to what the bourgeois media and the Left wing bourgeoisie state, there is no social nor democratic revolution going on now in Syria. The 2011 popular movement was crushed by Bachar El Assad's regime and was replaced by an armed ''rebellion'' composed of reactionaries of all sides.

The free Syrian army is counter-revolutionary, it is definitely not a progressive movement. It is under the influence of the conservatives, the liberals, Bachar El Assad's old friends and the fascist forces of political Islam put to the service of European and American imperialism and of the compradors and the Golf feudal. Supporting this kind of rebellion is to support the counter-revolutionary side.

After its interventions in Ivory Coast and in Libya where it caused chaos, French imperialism would like to take advantage of the situation in Mali and Syria. It is a necessity and an imperious priority for all those who don't accept imperialist domination to oppose its plans of war. War is the continuation of politics by other means according to Clausewitz's famous word. War is the logical continuation of a system founded upon profit and accumulation on a world scale. In order to carry with the politic of exploitation and the pillage of people, operations of international robbery are a necessity for capitalism under crisis. It's legitimate to condemn Syria's reactionary regime but the absolute priority is to condemn the attempts to conquer and destroy Syria and to support the emergence of a revolutionary force independent from the imperialists and the reactionaries.

Fighting against French imperialism is a duty for all the anti-capitalists living here because we cannot fight the French bourgeoisie without opposing its wars. The enemy is within our country as said by the famous martyr of the revolution Karl Liebnecht.

Imperialists lied to us on Iraq, they are lying again on Syria and Iran !

Off with the imperialist wars!

Down with French imperialism!

Exactly what do Professional Vacuuming Services Make available? Among the key benefits of a experienced is all the time-saving. The majority of us live pre-occupied lives. Cleaning real estate completely is difficult perhaps even stressful, especially when there can be so other things important work doing. A experienced cleaning service always happen equipped occur supplies not to mention tools required make your home fresh not to mention clean. 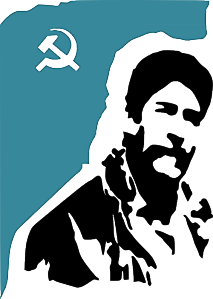